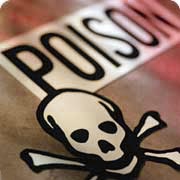 Richard Dawkins wrote The God Delusion, which has been on the NY Times bestseller list for some time. Then Sam Harris wrote Letter to a Christian Nation, which has been similarly popular. Now Christopher Hitchens weighs in with God is Not Great: How Religion Poisons Everything. I predict it'll spend several weeks (or more) on the bestseller list, as well. What's up with the onslaught of anti-religion books?

Here's an excerpt from Doug Wilson's blog, in which he reviews Hitchens' new book. I suspect that if you read this excerpt, you'll know just about everything you need to know about the book.

But the second response is to point out the logical problem with how Hitchens has arranged his thought experiment. Suppose his thesis was not that religion poisons everything, but rather that trousers poison everything. Since trousers are common enough, just like religion, it would not be much work at all for a person of Hitchens' abilities to assemble one horrendous story after another of one atrocity after another, and all committed by men in trousers. See, trousers poison everything.

The problem here is immediatley seen in the availability of counterexamples. We betake ourselves to look at this society, and then that one, and all the men in those societies wear togas. And, sure enough, we find that all the same atrocities are being committed in these differently-appareled cultures. Maybe trousers don't poison everything. Maybe men are a disgrace to trousers. For if trousers poisoned verything, one would think (naturally enough) that to get into a trouser-free zone would pretty much take care of the problem. But toga-men do all the same awful stuff. And then, so do loin-cloth men. Maybe togas don't poison everything either. Maybe men are a disgrace to togas.

The subtitle of this book is "How Religion Poisons Everything." And in this chapter, "Religion Kills," Hitchens points to example after example of religious people behaving badly. And I, for one, don't think he is making this stuff up. But for someone who bases an awful lot on reason, I think he needs to pay closer attention to what he is doing in the name thereof. His conclusion does not follow from the evidence being presented, not unless wet streets cause rain.

Perhaps Hitchens should take a step farther back and argue a much more plausible point, which is that "People Poison Everything." Go back to our trouser example. If trousers were the problem, then getting rid of them should get rid of the basic problem (making all due allowance for societal inertia). In the same way, if religion is the toxic waste in the system, then purging it should deal with the problem. So, then, what did almost a century of religion-free societies (Soviet Union, Red China, and so on) teach us about all this? We had quite a few trips around the sun enjoying life to its fullest, now that religion (that which poisons everything) was banished and gone. But son of a gun, the atrocities sort of picked up speed. The "poison" was purged from the system but the patient was still flat on his back on the hospital bed with his tongue hanging out.