Antinomianism and My Expensive Concert 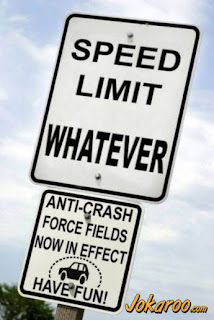 I like to break rules – or at least push against them from time to time. I don’t like dumb rules to get in the way of my accomplishing things, so I’ll either argue with the maker/enforcer of the rules, or I’ll just decide the rules don’t apply to me and ignore them. My persistent, get-it-done nature has served me well, overall.
For example, I was at the airport last week, coming back from a business trip. As I attempted to exit the terminal and get to the West Economy parking lot, I was blocked by several policemen who had closed off all passage to the West side of the building. Apparently, a construction crane had gotten stuck with a full load, and there was some concern the cables would snap. So no was allowed to walk over to the parking lot or to any of the shuttle buses that went to rental car lots, other parking lots, etc. As you can imagine, people were getting irate, everything was disorganized, and there was no indication how long all this was going to last. The airport authorities redirected the shuttle buses to the South side of the building, but there’s no shuttle bus to West Economy – it’s way too close for that. And meanwhile, cars were still allowed to drive in all the lanes – it was just pedestrians that couldn’t go anywhere. So, in my impatience, I decided after about 20 minutes of this silliness to walk in the street and go to West Economy. One of the shuttle bus drivers warned me that I’d probably get arrested, but I told him I’d take my chances. I made it to the lot in about 3 minutes, didn’t get run over, and no one stopped me. And as it turned out, that was probably a good move, because they ended up blocking the area for 4 hours (if you can believe it).
So that was a success, and I was pleased with myself for taking action and making something happen. But sometimes, this approach gets me into trouble.
For example, last night I went to hear the Atlanta Symphony Orchestra and Chamber Chorus perform Bach’s St. John Passion. (More about the concert in a subsequent post.) Since I drove, I needed to park somewhere. I don’t like paying for parking, so I parked in my usual spot on Peachtree Circle, despite some new (to me) signs that said parking wasn’t allowed on that street after 8:00 p.m. on weekends. “That’s a silly thing, and besides, the police never enforce this stuff.” So imagine my surprise as I walked back to my car after the concert, only to see it leaving without me on the back of a tow truck, honking and flashing its farewell! I was in good company, though: about 20 of my fellow concertgoers were in the same carless situation. Thanks to MARTA, I got home, and thanks to one of my roommates, I went to get my car this morning. $130 later (for towing and a parking ticket), my car and I are reunited. It seems no worse for its experience, but my checkbook is complaining a bit.
Somehow, this all connects with the Easter story. We may break some of man’s rules and get away with it. We may push for a change in policies and sometimes succeed. But God isn’t open to negotiation, and nothing escapes His notice. Nor does He grade on a curve. It’s all Pass/Fail, and we all fail: “Whoever keeps the whole law and yet stumbles at just one point is guilty of breaking all of it” (James 2.10). So we get nailed. Or Jesus gets nailed.
That’s the Easter story.