News You May Have Missed: Yorkshire Man Not Allowed to Buy Eight Pasties 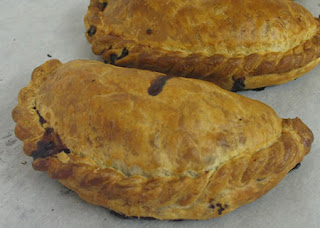 No, not those pasties.

A pasty is a small savory pie with a filling of meat, potatoes, and onion. More about these coveted items can be found on Wikipedia.
But this isn't a cooking blog, it's a news item, and for that we turn to the U.K.'s Wakefield Express, which reports that a West Yorkshire man was threatened with the police for attempting to buy eight pasties at a supermarket. Apparently, the store has a limit of six.
Proving that British humor just sort of creates itself, check out the article here and be sure to watch the short video that accompanies it.
Posted by Arnold at 09:33