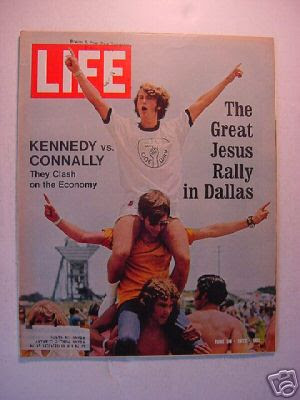 In 1972, my best friend Gary and I were enjoying summer break between our freshman and sophomore years of high school. Earlier in June, he had gone off to Texas to attend a conference sponsored by Campus Crusade for Christ called Explo '72.

Shortly after he got back, Gary guest-led our church youth group. Normally rather neurotic, he now seemed strangely at peace. He was wearing a big cross around his neck, and he told us, "While I was in Texas, I became a Christian." This made no sense to me, as both of us were full, confirmed members of our church, and had been for several years. If we weren't already Christians, what were we? Or, more to the point, what now was I?
Gary went on to share with us a little booklet called the Four Spiritual Laws. It summarizes the message of the Bible as: God loves us and has good plans for us; but placing our desires ahead of His (= sin) has separated us from Him and we can never be good enough to work our way back; Jesus, who was God, paid our penalty in our place; we can receive forgiveness and a relationship with God through Jesus, just by asking for it.
There was nothing in that booklet that was new to me. What was new, however, was that I had never heard all these pieces put together in such a way that I understood the story. Things clicked, in both mind and heart.
So when I got home that evening, I sat down in the living room and told God I wanted to be a Christian. I had thought I already was, but seeing that evening what the Bible had to say, I realized I wasn't. I asked Jesus to forgive my sins and come into my life. Deep inside me, I felt that He did exactly that. And I felt the same way the next morning when I woke up.
That was hardly the end of the story, but it was the beginning.
June 28, 1972.
Explo '72 attracted 80,000. The final Christian rock concert, which was pivotal in launching contemporary Christian music, drew almost 200,000. I wasn't there, but the music is still ringing in my ears.
. 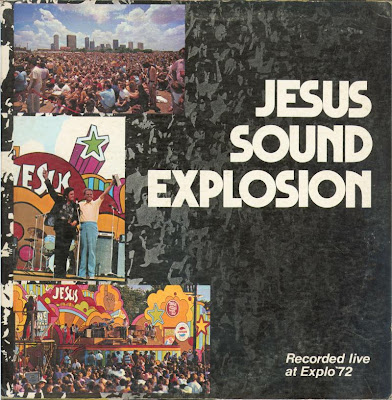