The C.S. Lewis You Never Knew 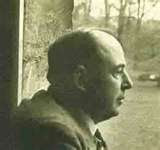 Earlier this month, I attended an exceptional seminar entitled, "Spiritual Formation in the Life of C.S. Lewis." Those of us who love Lewis know his writings and his bio and how he came to faith, but what we don't know much about is how Lewis went about growing in his faith after his conversion.
Lyle Dorsett is one of the leading living Lewis scholars, and in four talks, he took us through the key elements in Lewis's spiritual formation. Dorsett traveled extensively throughout the U.K. and the U.S. and spoke with many who knew Lewis personally or corresponded with him. Through the study of Lewis's letters - published and not - and the accumulation of anecdotes, Dorsett was able to piece together how Lewis cared for his own soul. The entire seminar was an amazing combination of scholarship and devotion. I thought I knew a lot about Lewis - even took a one-week course at Oxford University a couple years ago - but I heard lots of things from Dorsett that I had never heard before.
The sessions were recorded, and this link may take you to them. If you find it's password protected, e-mail me and I'll slip you the password (shhh!). If you take the time to listen to these talks, and even take notes, you won't regret it.
If you go to Perimeter Church, you can get the talks in the bookstore on CD (or you can call them at 678-405-2205 and place an order). And if all else fails, just go buy Dorsett's book on the same subject.
.