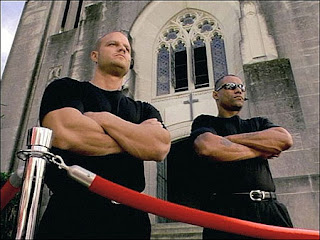 Atheism is back—or so you might imagine from so many writers in recent months, one after another declaring a proud and militant rejection of God and all His works.

So, for instance, to his new book, God Is Not Great, Christopher Hitchens appends the insidious subtitle How Religion Poisons Everything. In The God Delusion, Richard Dawkins asserts that teaching children religion is “child abuse” and ought to be outlawed. In Breaking the Spell, Daniel C. Dennett, in the guise of studying religion objectively, dismisses religion. Sam Harris follows up his bestselling but dyspeptic The End of Faith with a slim but insulting Letter to a Christian Nation.

And yet, there’s an odd defensiveness about all these books—as though they were a sign not of victory but of desperation. Everywhere on earth except Western Europe, religion is surging. Each of the authors admits that most people, especially in America, do not agree with him. Each pictures himself as a man who spits against the wind. Each rehearses his arguments for atheism, mostly, it seems, to convince himself.

Certainly these authors are not convincing many others. According to a 2007 Princeton Survey poll for Newsweek, 91 percent of Americans believe in God. Only 3 percent say they are atheists. The whole group of nonbelievers—adding in persons who say they are of no religion and agnostics—account for 10 percent, at best, of all Americans. Worse for the new atheists, a full 87 percent of Americans identify with a specific religion: 82 percent Christian, 2 percent Jewish, and 1 percent each Muslim, Buddhist, and other.