How Many Friends Do You Have? 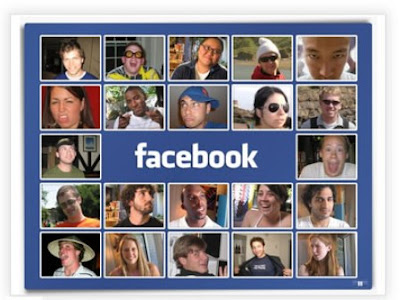 Is Facebook a gamechanger that's expanding our network of friends? Is it fundamentally changing how we relate to others...and how many others we relate to? Maybe not.
From the February 28 issue of The Economist (excerpts):

That Facebook, Twitter and other online social networks will increase the size of human social groups is an obvious hypothesis, given that they reduce a lot of the friction and cost involved in keeping in touch with other people. Once you join and gather your “friends” online, you can share in their lives as recorded by photographs, “status updates” and other titbits, and, with your permission, they can share in yours. Additional friends are free, so why not say the more the merrier?

Several years ago, therefore, Robin Dunbar, an anthropologist who now works at Oxford University, concluded that the cognitive power of the brain limits the size of the social network that an individual of any given species can develop. Extrapolating from the brain sizes and social networks of apes, Dr Dunbar suggested that the size of the human brain allows stable networks of about 148. Rounded to 150, this has become famous as “the Dunbar number”.

Many institutions, from neolithic villages to the maniples of the Roman army, seem to be organised around the Dunbar number. ... But that does not prove Dr Dunbar’s hypothesis is correct....

The rise of online social networks, with their troves of data, might shed some light on these matters. So The Economist asked Cameron Marlow, the “in-house sociologist” at Facebook, to crunch some numbers. Dr Marlow found that the average number of “friends” in a Facebook network is 120, consistent with Dr Dunbar’s hypothesis, and that women tend to have somewhat more than men. But the range is large, and some people have networks numbering more than 500, so the hypothesis cannot yet be regarded as proven.

What also struck Dr Marlow, however, was that the number of people on an individual’s friend list with whom he (or she) frequently interacts is remarkably small and stable. The more “active” or intimate the interaction, the smaller and more stable the group.

Thus an average man—one with 120 friends—generally responds to the postings of only seven of those friends by leaving comments on the posting individual’s photos, status messages or “wall”. An average woman is slightly more sociable, responding to ten. When it comes to two-way communication such as e-mails or chats, the average man interacts with only four people and the average woman with six. Among those Facebook users with 500 friends, these numbers are somewhat higher, but not hugely so. Men leave comments for 17 friends, women for 26. Men communicate with ten, women with 16.

What mainly goes up, therefore, is not the core network but the number of casual contacts that people track more passively. This corroborates Dr Marsden’s ideas about core networks, since even those Facebook users with the most friends communicate only with a relatively small number of them.

Put differently, people who are members of online social networks are not so much “networking” as they are “broadcasting their lives to an outer tier of acquaintances who aren’t necessarily inside the Dunbar circle,” says Lee Rainie, the director of the Pew Internet & American Life Project, a polling organisation. Humans may be advertising themselves more efficiently. But they still have the same small circles of intimacy as ever.

You can read the entire article here.
Posted by Arnold at 10:25