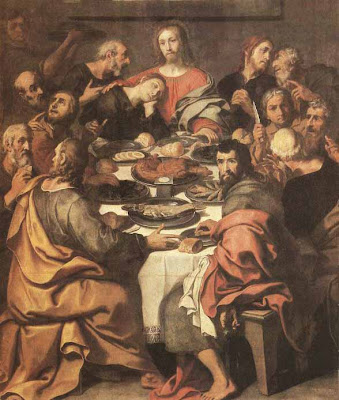 There can be no doubt that Jesus spoke plainly enough about His death at least; and yet His death, when it happened, took the disciples as much by surprise as did the resurrection. One explanation suffices in both cases. The disciples were not clever, quick-witted, sentimental men such as Renan makes them. They were stupid, slow-minded persons; very honest, but very unapt to take in new ideas. They were like horses with blinders on, and could see only in one direction, — that, namely, of their prejudices. It required the surgery of events to insert a new truth into their minds. Nothing would change the current of their thoughts but a damwork of undeniable fact. They could be convinced that Christ must die only by His dying, that He would rise only by His rising, that His kingdom was not to be of this world, only by the outpouring of the Spirit at Pentecost and the vocation of the Gentiles. Let us be thankful for the honest stupidity of these men. It gives great value to their testimony. We know that nothing but facts could make such men believe that which nowadays they get credit for inventing.
- A. B. Bruce, The Training of the Twelve, pp. 494-495 (emphasis added)
Posted by Arnold at 09:31