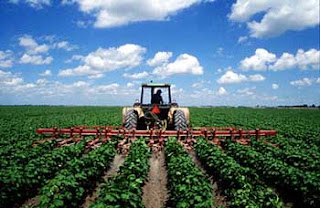 Some questions I have about global warming:

S. Fred Singer is professor emeritus of environmental sciences at the University of Virginia, a distinguished research professor at George Mason University, and president of the Science and Environmental Policy Project. He performed his undergraduate studies at Ohio State University and earned his Ph.D. in Physics from Princeton University. He was the founding dean of the School of Environmental and Planetary Sciences at the University of Miami, the founding director of the U.S. National Weather Satellite Service, and served for five years as vice chairman of the U.S. National Advisory Committee on Oceans and Atmosphere. I'm guessing that means he knows more than I do.

Here are some excerpts from a talk he gave at Hillsdale College in June 2007. Good food for thought. If you'd like to read the whole text, you'll find it here.

[I]n seeking to understand recent warming, we also have to consider the natural factors that have regularly warmed the climate prior to the industrial revolution and, indeed, prior to any human presence on the earth. After all, the geological record shows a persistent 1,500-year cycle of warming and cooling extending back at least one million years.

In identifying the burning of fossil fuels as the chief cause of warming today, many politicians and environmental activists simply appeal to a so-called “scientific consensus.” There are two things wrong with this. First, there is no such consensus: An increasing number of climate scientists are raising serious questions about the political rush to judgment on this issue. For example, the widely touted “consensus” of 2,500 scientists on the United Nations Intergovernmental Panel on Climate Change (IPCC) is an illusion: Most of the panelists have no scientific qualifications, and many of the others object to some part of the IPCC’s report. The Associated Press reported recently that only 52 climate scientists contributed to the report’s “Summary for Policymakers.”

Likewise, only about a dozen members of the governing board voted on the “consensus statement” on climate change by the American Meteorological Society (AMS). Rank and file AMS scientists never had a say, which is why so many of them are now openly rebelling. Estimates of skepticism within the AMS regarding man-made global warming are well over 50 percent.

The second reason not to rely on a “scientific consensus” in these matters is that this is not how science works. After all, scientific advances customarily come from a minority of scientists who challenge the majority view—or even just a single person (think of Galileo or Einstein). Science proceeds by the scientific method and draws conclusions based on evidence, not on a show of hands.

The irony is that a slightly warmer climate with more carbon dioxide is in many ways beneficial rather than damaging. Economic studies have demonstrated that a modest warming and higher CO2 levels will increase GNP and raise standards of living, primarily by improving agriculture and forestry. It’s a well-known fact that CO2 is plant food and essential to the growth of crops and trees—and ultimately to the well-being of animals and humans.

You wouldn’t know it from Al Gore’s An Inconvenient Truth, but there are many upsides to global warming: Northern homes could save on heating fuel. Canadian farmers could harvest bumper crops. Greenland may become awash in cod and oil riches. Shippers could count on an Arctic shortcut between the Atlantic and Pacific. Forests may expand. Mongolia could become an economic superpower. This is all speculative, even a little facetious. But still, might there be a silver lining for the frigid regions of Canada and Russia? “It’s not that there won’t be bad things happening in those countries,” economics professor Robert O. Mendelsohn of the Yale School of Forestry & Environmental Studies says. “But the idea is that they will get such large gains, especially in agriculture, that they will be bigger than the losses.” Mendelsohn has looked at how gross domestic product around the world would be affected under different warming scenarios through 2100. Canada and Russia tend to come out as clear gainers, as does much of northern Europe and Mongolia, largely be-cause of projected increases in agricultural production.

To repeat a point made at the beginning: Climate has been changing cyclically for at least a million years and has shown huge variations over geological time. Human beings have adapted well, and will continue to do so.