Planned (Non)Parenthood: How to Kill Your Baby in a "Contemporary, Fun, and Lively" Eco-Friendly Environment 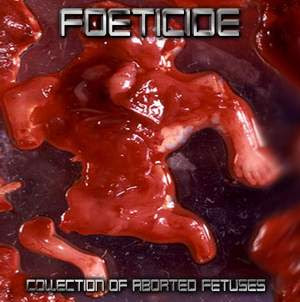 It's a long blog title, and the article in yesterday's Wall Street Journal was longer still. But you can read excerpts below. And I hope to God you won't believe what you're reading, even though it's true.
If you don't have time to read the entire article or even all of my excerpts, I've bolded some of the "best" parts for your "enjoyment."

The nonprofit, which traces its roots to 1916, has long focused on providing birth control, sexual-health care and abortions to teens and low-income women. While those groups still make up the majority of Planned Parenthood's patients, executives say they are "rebranding" their clinics to appeal to women of means -- a move that opens new avenues for boosting revenue and, they hope, political clout.

Two elegant new health centers have been built, and at least five more are on the way; the largest, in Houston, will be 75,000 square feet. They feature touches such as muted lighting, hardwood floors and airy waiting rooms in colors selected by marketing experts -- as well as walls designed to withstand a car's impact should an antiabortion protest turn violent.

"It is indeed a new look...a new branding, if you will," said Leslie Durgin, a senior vice president at Planned Parenthood of the Rocky Mountains.

While Planned Parenthood executives describe the tactics as a natural extension of their mission, the moves have opened the organization up to criticism from foes and friends alike.

Antiabortion groups point out that Planned Parenthood, the nation's largest abortion provider, reported a record $1 billion in annual revenue in its most recent financial report -- about a third of that coming from federal and state grants to care for low-income women. The nonprofit ended the year with a surplus of $115 million, or about 11% of its revenue, and net assets of $952 million.

"Why are we giving them so much money?" asked Jim Sedlak, vice president of the antiabortion American Life League.
…
"This is not the Planned Parenthood we all grew up with... they now have more of a business approach, much more aggressive," said Amy Hagstrom Miller, who runs abortion clinics in Texas and Maryland.

"They're not unlike other big national chains," Ms. Hagstrom Miller said. "They put local independent businesses in a tough situation."
…
Even as the total number of abortions in the U.S. has dropped, the number performed by Planned Parenthood has grown steadily, to nearly 290,000 a year. In 2005, the most recent year that national statistics are available, Planned Parenthood accounted for about one in every five abortions. In part, that's because independent providers have quit the field, tired of battling antiabortion protesters. Ms. Richards also said that she has encouraged more Planned Parenthood clinics to offer abortions.
…
"I like to think of it as the LensCrafters of family planning," Steve Trombley, the top executive in Illinois, said as he toured an express center a few doors down from a hair salon and a Japanese restaurant in the well-to-do suburb of Schaumburg, Ill.
…
In Oregon, clinics are updating to a "contemporary, fun and lively look" with a new color palette that includes pink, orange and teal, said Mr. Greenberg, the regional executive. . . .

In Massachusetts, Dianne Luby, the affiliate's president, also talks up a new "green" clinic, to be built with recycled and eco-friendly material.

Most people associate Planned Parenthood with abortion, Ms. Luby said, so "we're trying to reposition ourselves as caring about their health, about prevention, about a sustainable planet." Or, as she later put it: "So much more mainstream."


How comforting to know that foeticide is ecofriendly and contributing to sustainability. Let's save the world by killing the people.
Posted by Arnold at 14:18