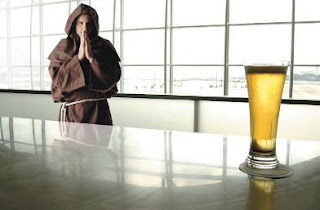 Although I do not live in your District, I’m writing to express my support for the Sunday alcohol sales bill that will be coming before the Senate Rules Committee on which you sit.

I consider myself an evangelical Christian. In fact, I am a “ruling elder” in an Atlanta-area megachurch that teaches the full inspiration of the Bible, the absolute authority of Christ, and the bad news that some people are going to end up in Hell.

Nevertheless, I do not appreciate other evangelical Christians who have loudly protested in this debate that there is something inherently sinful about alcohol sales on the Sabbath. They do not speak for me, and their arguments are nonsensical, I’m sorry to say. To wit:

I do believe morality should be legislated; for example, we have a law against murder. But this is not an issue of morality, but rather of preference. As such, the citizens of each community ought to be able to vote on their preferences. It would be unconscionable for the Rules Committee to decide otherwise by failing to advance the bill.