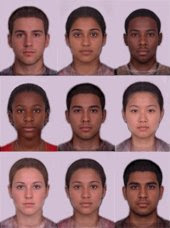 I was filling out a registration form recently to access information on a U.K. government website, when I was asked to indicate my ethnic group. You know the old saying that England and the U.S. are two countries separated by a common language? It appears we're separated by more than just that. Check out the list...

Which ethnic group would you describe yourself as being in?

Other mixed background
Other ethnic group

Prefer not to say

This list tells you a lot about the U.K. and the history of the British Empire, doesn't it? I'm guessing the 2010 U.S. Census will have different choices.
Posted by Arnold at 14:06