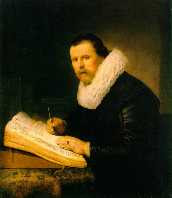 Now that I've reviewed my favorite books of 2008 (here and here), I guess the next thing to do is preview my plans for 2009.

In the coming year, I want to be intentional about balancing out the kinds of books I read. These are the "food groups" I want to include in my literary diet:

My idea is to rotate through the first 5 categories until the year is over, sprinking in the novels when appropriate. Between each book I'll catch up on the periodicals I receive. I'll also read the Bible most days, but I won't read through the Bible this year (I do that in even-numbered years).

So there you have it. I'm now accountable.

After 2009, I want to start into Calvin and Luther, but there's plenty of time yet to figure that out.