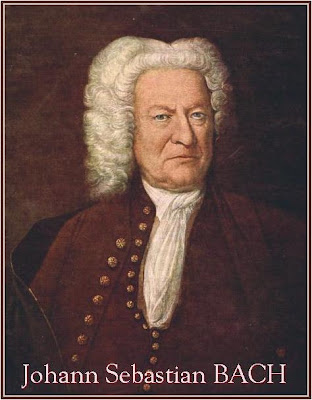 21 months ago, I purchased the complete works of Bach. 155 CDs. Yesterday I finished Disk #155.
I'm a little depressed.
Listening through Bach was like reading the entire Bible for the first time, with new discoveries on every page (or track, as the case may be). Bach repeatedly astounded me with his mastery, his variety, his profundity, his energy, his joy. The world was not worthy of him, but we are the richer because he lived.
Toward the end of this collection, I became acutely aware that the joy of discovery was soon to be over. Often, I found myself hitting the "Replay" button, wanting to get every last bit out of the last few disks.As Dingeman van Wijnen put it in the liner notes for one of the CDs, speaking of one cantata's amazing closing chorale:

It is one of those moments in Bach where the first hearing brings us the sad certainty that we will never again be able to hear it for the first time.

Never again for the first time. But a lifetime's worth of depths to plumb.
So what's next? Start over? Move on to the complete works of Mozart (whom I mostly hate, 170 CDs) or Beethoven (85 CDs)? While I mull this over, I think I'll revisit some of my older CDs that got neglected during the Bachfest. Perhaps I'll start with Jacques Loussier, who does cool jazz versions of, ahem, Bach compositions. . .