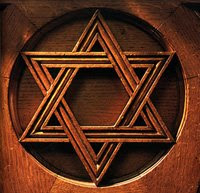 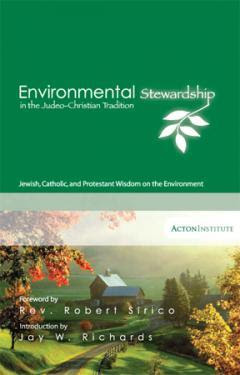 Here are some more thoughts from the Judaism section of Environmental Stewardship in the Judeo-Christian Tradition (Part 1 of the Jewish view was posted Sunday). In this excerpt, we learn why eating meat is a sacred act and why a good Jew can't be a vegetarian:

The Hebrew for conquering, koveish, clearly distinguishes between annihilating and conquering. The former is a verb for utterly destroying one’s enemy. The latter refers to leaving one’s enemy’s resources and abilities intact, or even enhancing them, but redirecting them for one’s own end. That is what we are told to do with the resources of the natural world. We may not destroy, but we may use them in every possible beneficial manner. Animals are part of the natural world, and their purpose is strictly in the context of human life…

A religious Jew may choose to restrict his diet to vegetables during the week, but come Saturday and most holidays, he is to eat some meat as a religious obligation. The reason for this is that God created a world of hierarchy. Minerals are consumed by a higher life form, namely plants. Animals survive by consuming plants, while the highest life form of all, humans, eat animals. It is interesting to note that those animals permissible to Jews as food are animals that eat only plants. In other words, those animals that violate the hierarchical order, such as wolves and bears, may not be eaten by Jews. Now, for a Jew to attempt to improve on God’s definition of morality by refraining from eating any meat on moral grounds is another way of announcing that one is nothing more than an animal oneself. Animals are supposed to eat only plant life. Thus, a Jew who eats only vegetables is announcing himself to be a very good animal. Once each week, God demands of his people that they leave the moral refuge of vegetarianism. We are then forced to confront the reality that an animal died to provide our meal. That places an obligation upon us to be worthy of the sacrifice…

While always prohibiting cruelty or wanton destruction, Judaism abhors the entire notion of animal rights since it violates the very foundation of biblical belief in God’s sovereignty and God’s role as ultimate arbiter of moral right. Judaism and secularism are fundamentally incompatible, and the doctrine of animal rights is a doctrine of secularism.

In upcoming installments, we'll move into the Jewish view of issues we more typically identify with environmentalism.
Posted by Arnold at 10:32