News You May Have Missed: A Joint Episcopal-Hindu "Worship" Service 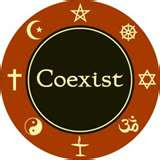 If you want to know why congregations are leaving the Episcopal church, here's an article from the LA Times that should make it abundantly clear. Put simply, the Episcopal church isn't a church any more. It's an assemblage of politically correct relativists who've become untethered from the orthodox tenets of faith. Its shepherds are wolves wrapped in sheepskins.

Episcopalians hold an Indian Rite Mass with Hindus and apologize for past religious discrimination.

The rare joint service included chants from the Temple Bhajan Band of the International Society for Krishna Consciousness and a moving rendition of "Bless the Lord, O My Soul" sung by the St. John's choir.

"This was a once-in-a-lifetime experience in worship service," said Bob Bland, a member of St. Patrick's Episcopal Church of Thousand Oaks, who was among the 260 attendees. "There was something so holy -- so much symbolism and so many opportunities for meditation.

"During the service, the Rt. Rev. J. Jon Bruno, bishop of the Episcopal Diocese of Los Angeles, issued a statement of apology to the Hindu religious community for centuries-old acts of religious discrimination by Christians, including attempts to convert them.

"I believe that the world cannot afford for us to repeat the errors of our past, in which we sought to dominate rather than to serve," Bruno said in a statement read by the Rt. Rev. Chester Talton. "In this spirit, and in order to take another step in building trust between our two great religious traditions, I offer a sincere apology to the Hindu religious community.

"The bishop also said he was committed to renouncing "proselytizing" of Hindus. Bruno had been scheduled to read the statement himself, but a death of a close family friend prevented him from attending the service.

Swami Sarvadevananda, of Vedanta Society of Southern California, was among about a dozen Hindu leaders honored during the service. He called Bruno's stance "a great and courageous step" that binds the two communities.

"By declaring that there will be no more proselytizing, the bishop has opened a new door of understanding," Sarvadevananda said. "The modern religious man must expand his understanding and love of religions and their practices."

All were invited to Holy Communion, after the Episcopal celebrant elevated a tray of consecrated Indian bread, and deacons raised wine-filled chalices.

In respect to Hindu tradition, a tray of flowers was also presented. Christians and Hindus lined up for communion, but since Orthodox Hindus shun alcohol, they consumed only the bread.

During the service, the two faiths also blended practices during the handling of an icon of Jesus.

The Rev. Karen MacQueen, an associate priest at St. Paul's Episcopal Church in Pomona, who was the celebrant, carried the icon, a large painted image, during the procession. She placed it before the altar.

Then, as she and the others knelt before the icon, a second Hindu band, Adoration Chant Band, sang a hymn while the icon was anointed with sandalwood paste by the Episcopal celebrant. A flowered garland was placed on it and a lamp was lighted, a sign of Christ, the light in the darkness.

Both Hindu and Christian texts were read.

In her homily, "A Vision for Inter-Religious Dialogue," MacQueen said in both Hinduism and Christianity devotees believe that "the Divine Presence" illuminates the whole world.

"To my knowledge this is an unprecedented event in L.A., California and the U.S.," said the Rev. Gwynne Guibord, head of the ecumenical and inter-religious affairs for the diocese, which initiated Saturday's project.

"My personal, prayerful hope is that it will serve as a 'model' of good will toward building up of a 'beloved community,' " she said.

There's so much that could be said in response to this article. But for now, let's stick to the issue of proselytization - also known as "evangelism" where I come from - and let's take an inventory.
Would Jesus apologize for proselytizing? ("I am the way and the truth and the life. No one comes to the Father except through me." John 14.6)
Would the Apostle Paul apologize? ("In the past God has overlooked such ignorance, but now he commands all people everywhere to repent." Acts 17.30)
Would the Apostle Peter? ("We did not follow cleverly invented stories when we told you about the power and coming of our Lord Jesus Christ, but we were eyewitnesses of his majesty." 2 Peter 1.16)
Jude? ("Be merciful to those who doubt; snatch others from the fire and save them; to others show mercy, mixed with fear." Jude 22-23)
Unenlightened proselytizers, all of them.
Posted by Arnold at 10:44