God and the Whirlwind 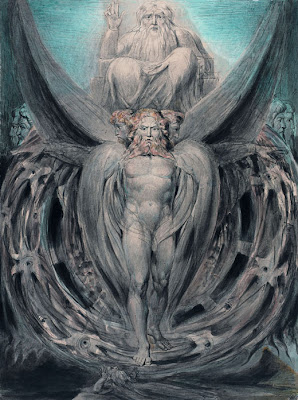 A couple days ago, the ELCA denomination of the Lutherans voted to liberalize their stance on practicing homosexuals. Then a small tornado struck the place where they were meeting. After watching the storm from his Baptist church, Reverend Piper shared a few thoughts about it on his blog. I suspect this is one blog post he will end up wishing he'd not written. It's a shoddy hermeneutic he employs, and his conclusion that the whirlwind is a warning from God is a reading-into-Scripture that doesn't follow from his five premises. I really thought Piper was better than this.

This curious tornado touches down just south of downtown and follows 35W straight towards the city center. It crosses I94. It is now downtown.

Let me venture an interpretation of this Providence with some biblical warrant. ...

Jenell Paris found a certain amount of silliness in the Piper post. Her take on the matter is a great example of how humor can be a better corrective than anger. And no, it doesn't descend into ridicule.

John Piper explains the biblical connection between the Minneapolis tornado and its target, the steeple of Central Lutheran Church where the ELCA was meeting to discuss homosexuality and church leadership. His conclusion? “The tornado in Minneapolis was a gentle but firm warning to the ELCA and all of us: Turn from the approval of sin.”

Wow. Today the weather in Grantham, PA is “82 degrees, feels like 88.” The humidity is 73%. God is speaking to us, too, and I believe I have been chosen to interpret today’s weather for everyone else in Grantham, and perhaps even Mechanicsburg, our surrounding suburb. My spirit is unclear regarding Camp Hill or the city of Harrisburg, so I don’t think the prophecy extends that far.

.
There was yet another preacher who weighed in on the matter. He said that God "causes his sun to rise on the evil and the good, and sends rain on the righteous and the unrighteous." Had he been asked about tornados, I think he would have included those, too.
.
.
Illustration: William Blake, "The Whirlwind: Ezekiel's Vision," 1803
Posted by Arnold at 09:05