Plants Have Rights, Too (?) 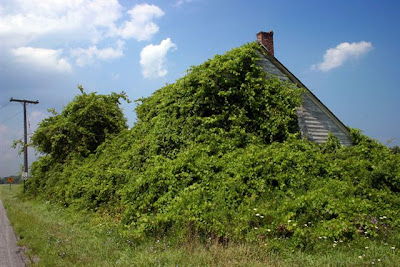 When I was a kid, we were told that houseplants would grow better if we would talk to them nicely, but this is getting ridiculous. Back in October, the Wall Street Journal ran a feature that aptly illustrates how far environmentalist nonsense can go. If anyone wonders why I've railed so often against global warming pseudo-science, it's because, left unchecked, we'll end up degrading the primacy of mankind by emphasizing the "rights" of rivers, plants, and for all I know, toenail fungus.
Judge for yourself. Here's an abridged version of the article, which you should be able to read in its entirety here.

OCTOBER 10, 2008
Switzerland's Green Power Revolution: Ethicists Ponder Plants' Rights
Who Is to Say Flora Don't Have Feelings? Figuring Out What Wheat Would Want
By GAUTAM NAIK

ZURICH -- For years, Swiss scientists have blithely created genetically modified rice, corn and apples. But did they ever stop to consider just how humiliating such experiments may be to plants?

That's a question they must now ask. Last spring, this small Alpine nation began mandating that geneticists conduct their research without trampling on a plant's dignity.

"Unfortunately, we have to take it seriously," Beat Keller, a molecular biologist at the University of Zurich. "It's one more constraint on doing genetic research."

Dr. Keller recently sought government permission to do a field trial of genetically modified wheat that has been bred to resist a fungus. He first had to debate the finer points of plant dignity with university ethicists. Then, in a written application to the government, he tried to explain why the planned trial wouldn't "disturb the vital functions or lifestyle" of the plants. He eventually got the green light.

The rule, based on a constitutional amendment, came into being after the Swiss Parliament asked a panel of philosophers, lawyers, geneticists and theologians to establish the meaning of flora's dignity.

"We couldn't start laughing and tell the government we're not going to do anything about it," says Markus Schefer, a member of the ethics panel and a professor of law at the University of Basel. "The constitution requires it."

In April, the team published a 22-page treatise on "the moral consideration of plants for their own sake." It stated that vegetation has an inherent value and that it is immoral to arbitrarily harm plants by, say, "decapitation of wildflowers at the roadside without rational reason."

On the question of genetic modification, most of the panel argued that the dignity of plants could be safeguarded "as long as their independence, i.e., reproductive ability and adaptive ability, are ensured." In other words: It's wrong to genetically alter a plant and render it sterile.

Many scientists interpret the dignity rule as applying mainly to field trials like Dr. Keller's, but some worry it may one day apply to lab studies as well. Another gripe: While Switzerland's stern laws defend lab animals and now plants from genetic tweaking, similar protections haven't been granted to snails and drosophila flies, which are commonly used in genetic experiments.

It also begs an obvious, if unrelated question: For a carrot, is there a more mortifying fate than being peeled, chopped and dropped into boiling water?

"Where does it stop?" asks Yves Poirier, a molecular biologist at the laboratory of plant biotechnology at the University of Lausanne. "Should we now defend the dignity of microbes and viruses?"

Several years ago, when Christof Sautter, a botanist at Switzerland's Federal Institute of Technology, failed to get permission to do a local field trial on transgenic wheat, he moved the experiment to the U.S. He's too embarrassed to mention the new dignity rule to his American colleagues. "They'll think Swiss people are crazy," he says.

Defenders of the law argue that it reflects a broader, progressive effort to protect the sanctity of living things. Last month, Switzerland granted new rights to all "social animals." Prospective dog owners must take a four-hour course on pet care before they can buy a canine companion, while anglers must learn to catch fish humanely. Fish can't be kept in aquariums that are transparent on all sides. The fish need some shelter. Nor can goldfish be flushed down a toilet to an inglorious end; they must first be anesthetized with special chemicals, and then killed.

Dr. Keller in Zurich has more mundane concerns. He wants to breed wheat that can resist powdery mildew. In lab experiments, Dr. Keller found that by transferring certain genes from barley to wheat, he could make the wheat resistant to disease.

When applying for a larger field trial, he ran into the thorny question of plant dignity. Plants don't have a nervous system and probably can't feel pain, but no one knows for sure. So Dr. Keller argued that by protecting wheat from fungus he was actually helping the plant, not violating its dignity -- and helping society in the process.

One morning recently, he stood by a field near Zurich where the three-year trial with transgenic wheat is under way. His observations suggest that the transgenic wheat does well in the wild. Yet Dr. Keller's troubles aren't over.

In June, about 35 members of a group opposed to the genetic modification of crops, invaded the test field. Clad in white overalls and masks, they scythed and trampled the plants, causing plenty of damage.

"They just cut them," says Dr. Keller, gesturing to wheat stumps left in the field. "Where's the dignity in that?"

Want more? Here's an official document from the (Swiss) Federal Ethics Committee on Non-Human Biotechnology, with the subtitle, "Moral Consideration of Plants for their Own Sake." If you can read it without incredulity, then you are the kind of person who scares me.
Posted by Arnold at 05:56